"It's a Tax Benefit to the County, to the City, to the School District..."

At the end of 2017, solar gardens in Minnesota produced enough electricity to power an estimated 285,000 homes.

Together, that’s enough energy to power more than half of the housing units in the entire state.

Solar will save the Chisago Lakes School District $3 million in electricity costs.

Mower County and 26 other Minnesota counties will receive about $12.7 million in wind energy production taxes this year, according to figures from the Minnesota Department of Revenue. Mower County is the state’s top recipient of wind tax revenue and will receive nearly $2.4 million this year based on the 2017 electricity generation of wind farms in the county.

The development of large wind farms in this southeastern county has been embraced by most in the community, according to Tim Gabrielson, Mower County Commissioner.

“In addition to the production tax revenue, wind farms are creating jobs and providing income for landowners who lease their land to wind developers,” says Gabrielson. “The county normally puts all of its wind production tax revenue into a general fund to keep the tax levy down, but last year we decided that $400,000 from the Pleasant Valley wind farm would be designated for improving roads and bridges this year.”

Since 2008, Mower County has received about $17 million from wind production taxes. Over that same 11-year period, Minnesota counties have received about $90 million overall.

“I’ve seen the benefits of the renewable industry. New community centers for communities – small communities that can’t afford it otherwise – new computers for all of the school systems that I’ve seen directly installed in the schools, new fire trucks for communities in larger projects,” says Brandon Denne, Manager of Procurement at Blattner Energy.

"We can think about this as almost the next big crop. In our case, we’re looking at probably about $250,000 in property tax relief that comes to us because of our solar activity." 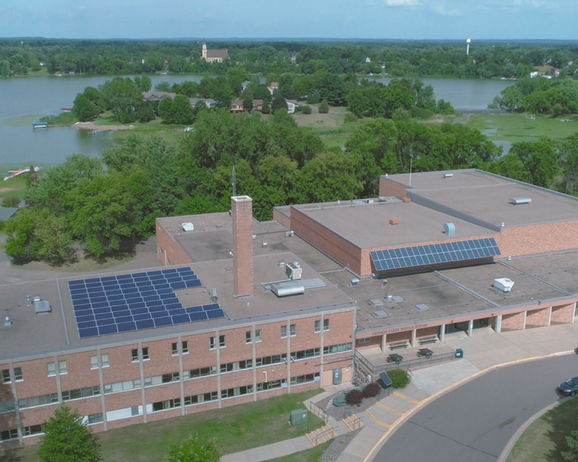 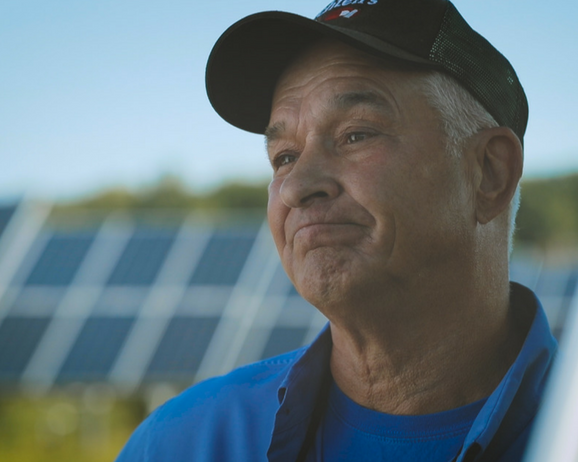 In Chisago County, currently Minnesota’s leading county in the amount of installed solar, the benefits of solar energy are clear. “When solar power is produced they actually pay a solar production credit, that becomes a essentially like a tax benefit to the county, city, school district and also to our townships,” says Bruce Messelt, Chisago County Administrator.

“We can think about this as almost the next big crop. In Chisago County, we’ve really benefited from that. In our case, we’re looking at probably about $250,000 a year in property tax relief that comes to us because of our solar activity,” says Messelt.

Tax revenue isn’t the only financial benefit of solar energy. At the Chisago Lakes School District, nearly 1,000 panels are located on the roofs of the district’s five schools. Over the next 30 years, IPS Solar predicts the power from those panels, along with power the district is purchasing from panels in other parts of the county, will save the district $3 million in electricity costs. That’s $100,000 that the school district will save each year.

“It’s really almost like having a commercial business,” says Messelt.